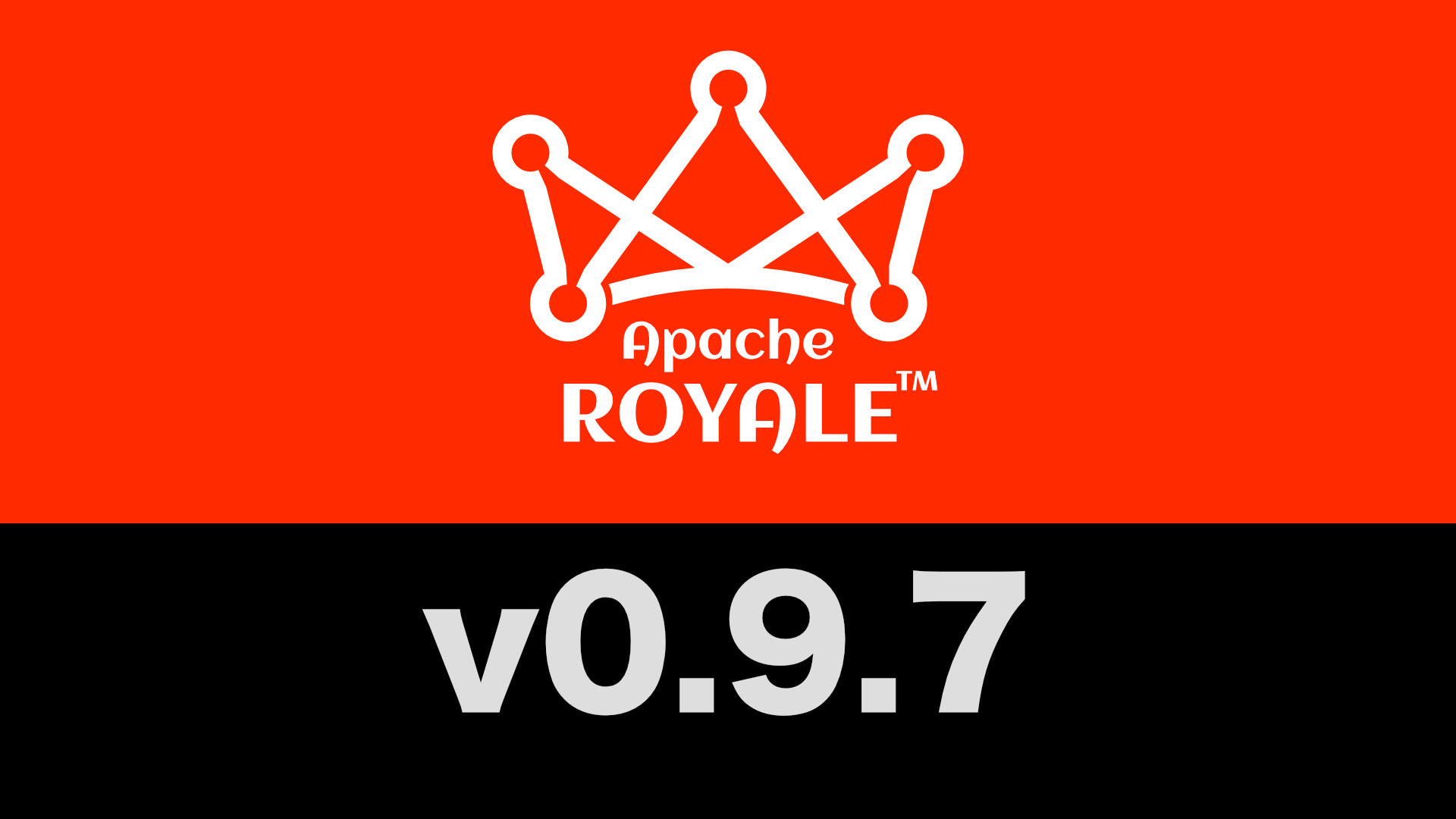 The Apache Royale project is the next generation of the Apache Flex SDK. It lets developers use MXML and ActionScript 3 to generate HTML/JS/CSS applications which can run natively in browsers. The cross-compiled code can also run on platforms like Electron or Apache Cordova (Adobe PhoneGap) to build mobile applications.

This release should be considered 'beta' quality, although we're very close to a 1.0 release and we have many applications in production at this point. The purpose of this release is to continue to gather feedback about Royale's features and the project's implementation strategies, and to recruit new contributors. We hope to grow the code base into an SDK and tool chain that delivers the highest productivity when developing applications that can run on many platforms. Beta releases, however, may not handle all production needs.

Updates to the RELEASE_NOTES made after this file was packaged into the release artifacts can be found here:

For additional information on recent issues that have been closed, see Github Issues List

You can download a binary distribution, the source code or browse our GitHub repositories. If you're a NPM user you can check Apache Royale at NPM.

As well, you can help us filing bug reports for issues you encounter in the framework or compiler.